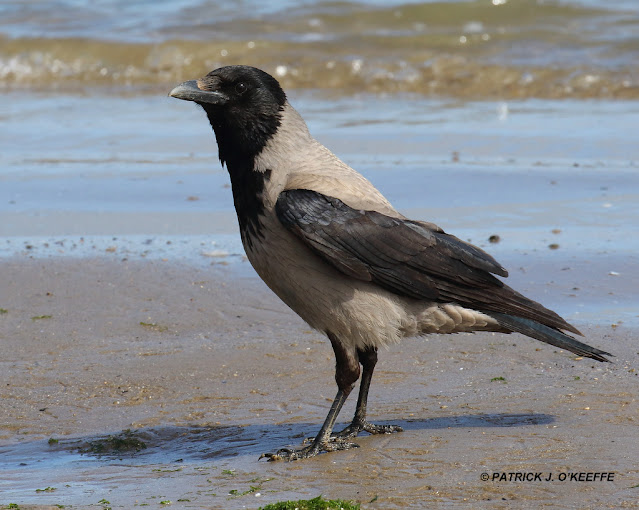 The Hooded Crow (Corvus cornix) also known as Grey Crow is a member of the crow family Corvidae which is in the genus Corvus. Four subspecies are generally recognized. Despite the fact that it is heavily persecuted, it occurs throughout Western Asia including parts of the Middle East as well as along the Nile Valley in North Africa. It is also commonly encountered and has a widespread distribution in Northern, Central and Eastern Europe. It is resident in Ireland, Isle of Man and Northern Scotland. In the rest of Britain as well as Southwestern and Western Europe, it is replaced by the closely related Carrion Crow (Corvus corone) from which it was split in 2002 and was recognised as a separate species. Where their breeding ranges overlap, they may hybridise. Some of the northern populations are migratory and move south for the winter.