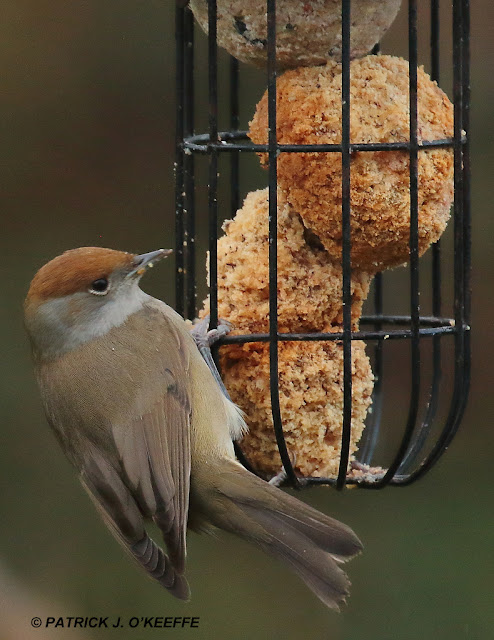 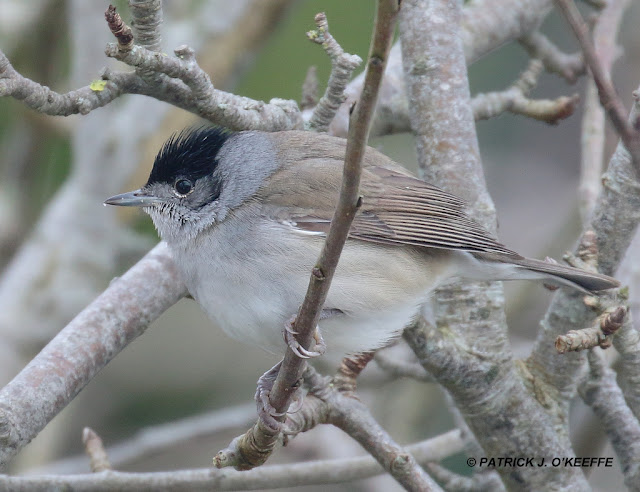 The Sardinian Warbler (Sylvia melanocephala) is a small mainly insectivorous warbler of the family Sylviidae which is in the genus Sylvia. It is commonly encountered in southern and eastern Europe and around the Mediterranean Basin as well as on the Canary Islands. Up to five subspecies are recognised by some authorities. The female, typically of most sylvia warblers, has drabber plumage, it is grey headed with brownish upper parts and the under parts are washed buff. This species normally occurs in shrubby type habitat as well as in parks and gardens.

Map of the breeding ranges of all five former taxa of the Subalpine Warbler complex. The grey zone in the north of Italy is of the intergradation between subalpina and cantillans. The points are locations with proven cases of sympatry. The map constructed by Lars Svensson from Shirihai et al (2001), Brambilla et al (2006), and comments from M. Ullman (© Lars Svensson).

The Sedge Warbler (Acrocephalus schoenobaenus) is a summer resident in Europe and in Asia which migrates south to spend the winter in sub-Saharan Africa. It arrives back to it's breeding areas from Africa in late March and remains there until mid September when the return migration begins. Text © www.rawbirds.com
Posted by Raw Birds at 12:41
Email ThisBlogThis!Share to TwitterShare to FacebookShare to Pinterest
Labels: Acrocephalus schoenobaenus, Birds of Europe, Birds of Hungry, Debrecen, Hajdú-Bihar megye, Hortobágy National Park - The Puszta, Hungary, Magyar, May, warbler
Location: Hortobágy National Park - The Puszta, Hortobágy, Debrecen, Hajdú-Bihar megye, Hungary (CLICK HERE TO VIEW LOCATION)


The Spectacled Warbler occurs mainly in the Western Mediterranean Basin, the Middle East and Cyprus. The endemic subspecies Sylvia conspicillata orbitalis is resident on most of the scattered group of islands in the Eastern Atlantic Ocean, known as the Macaronesia Islands. Within this group, it does not occur on the Azores but is commonly found on the Canary Islands. Because of the arid semi desert type habitat on Fuerteventura Island it has a very local distribution. This species along with the Sardinian Warbler (Sylvia melanocephala leucogastra) are the only warblers breeding on Fuerteventura. Like most Sylvia warblers it is skulking by nature and can be very un-obliging when it comes to having its photograph taken.
Posted by Raw Birds at 23:50
Email ThisBlogThis!Share to TwitterShare to FacebookShare to Pinterest
Labels: Birds of Fuerteventura, Canon 7D, España, Fuerteventura, Islas Canarias, March, Spain, Sylvia conspicillata, Sylvia conspicillata orbitalis, The Canary Islands, Tindaya, warbler
Location: Tindaya, Fuerteventura, The Canary Islands, Spain (CLICK HERE TO VIEW LOCATION)

The Sardinian Warbler found on the Canary Islands is classified as a separate subspecies (Sylvia melanocephala leucogastra). It is shorter winged and has a thicker bill when compared to its mainland European counterpart. At times, it can be quite skulking as was the case here. As it hid in a Shrubby Launaea bush, it tried its best not to be photographed.

The Paddyfield Warbler (Acrocephalus agricola) is a species of marsh warbler of the family Acrocephalidae which is in the genus Acrocephalus. It is a summer resident in temperate parts of central Asia. In addition, there are also small breeding populations in eastern Europe along the western shores of the Black Sea around the border between Bulgaria and Romania. It mainly occurs in reed beds, tall grassland and rice fields. This migratory species winters on the Indian subcontinent. Outside its normal range, it occurs as a very rare overshooting autumn migrant to other parts Europe. The closely related Manchurian Reed Warbler (A. tangorum) was formally considered to be a subspecies of A. agricola.