The Cattle Egret (Bubulcus ibis) is a species of heron of the family Ardeidae which is in the genius Bubulcus. Originally native to parts of Asia, Africa and Europe, it has undergone a rapid expansion and has successfully colonised much of the temperate zones of the world. There are two geographical races which are sometimes classified as full species, the Western Cattle Egret (Bubulcus ibis ibis) and the Eastern Cattle Egret (B. ibis coromandus). The eastern subspecies breeds in Asia and Australasia, and the western form occupies the rest of the range, including the Americas. Some authorities recognise a third subspecies, (B. i. seychellarum) which occurs on the Seychelles Islands in the Indian Ocean. 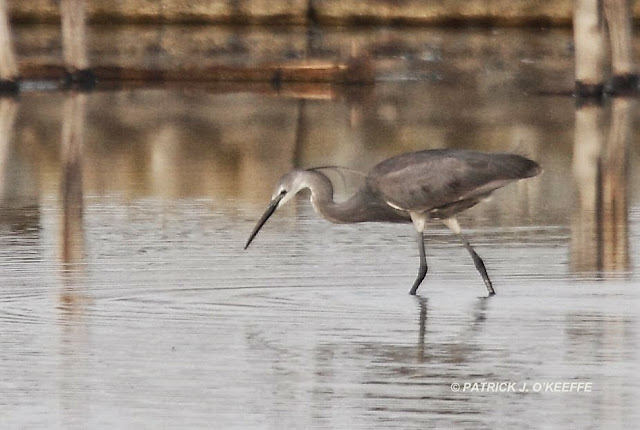 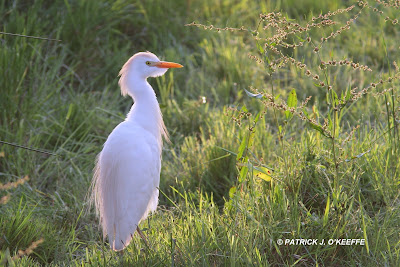 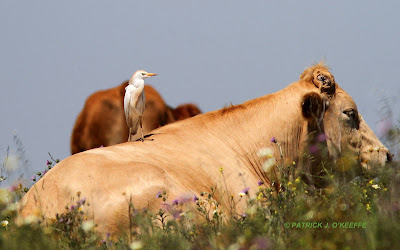