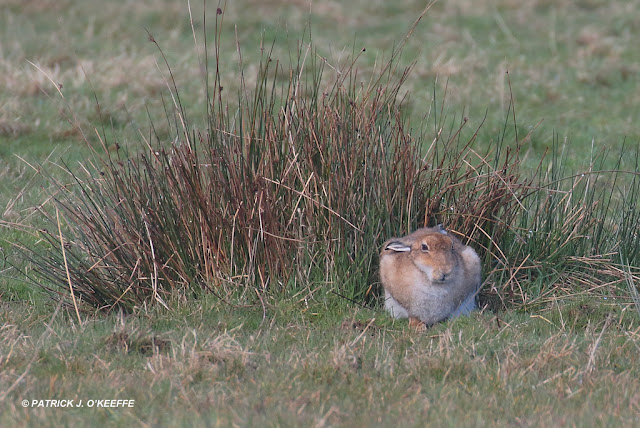 
The Mountain Hare (Lepus timidus) is of the family Leporidae which is in the genus Lepus and mainly occurs in the tundra and mountainous regions of the Palearctic.
The Irish Hare (Lepus timidus hibernicus) is a subspecies that is endemic to Ireland. It uniquely also occurs in lowland areas down to sea level as well as not having a white coat in winter.
The Hard Rush (Juncus inflexus) is of the family Juncaceaertgt which is in the genus Juncus. This perennial plant is native to Eurasia and Africa. It is found as an invasive species in a number of countries as well as eastern North America. Damp grassland areas, wetlands, sand dunes and marshes are its main habitats. The flowering season is from May to August when nondescript brown flower clusters are formed on its rigid stems.
Patrick J. O'Keeffe / Raw Birds
Posted by Raw Birds at 21:00

The Eurasian Pygmy Shrew (Sorex minutus) or commonly known as the Pygmy Shrew is of the family Soricidae which is in the genus Sorex. It has a widespread distribution in Europe as well as parts of western and central Asia. It is very rarely seen out in the open and normally remains concealed in the undergrowth where it hunts a variety of invertebrates.
Up until 2008 it was the only shrew found in Ireland. Researchers investigating the high successful breeding rate of Barn Owls in a region of southeast Ireland discovered the remains of Greater White-toothed Shrews (Crocidura russula) in the owl pellets. This much larger and more robust shrew, which was probably accidental introduced in imported hay, has since become more widespread and has lead to the decline of the indigenous Pygmy Shrew in the newly colonised areas.

The Barbary Ground Squirrel (Atlantoxerus getulus) is native to the North West African countries of Algeria, Morocco and Western Sahara. Due to their isolation, less than twenty land mammals which include six species of bat are found on The Canary Islands.  Over 50 years ago Barbary Ground Squirrel was introduced to Fuerteventura where it is quiet commonly encountered.
Posted by Raw Birds at 22:08 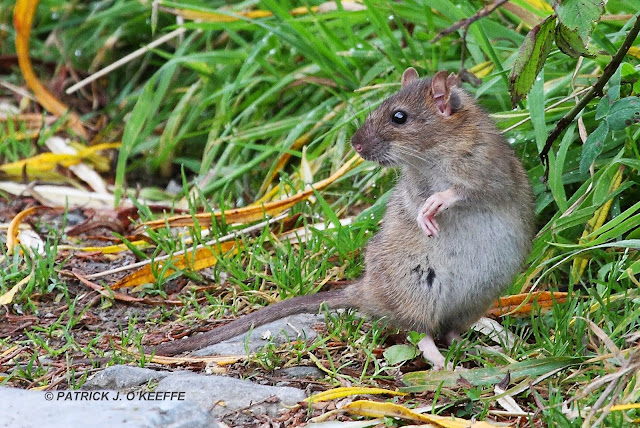 CLICK ON PHOTO TO SEE HIGHER QUALITY IMAGE
Posted by Raw Birds at 23:46