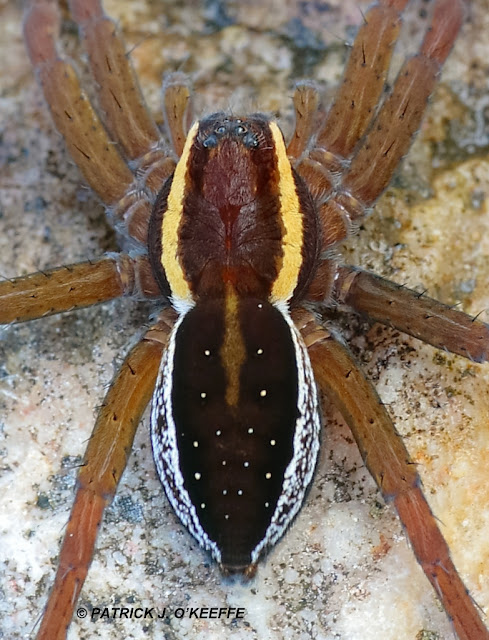 The Raft Spider (Dolomedes fimbriatus) is a semi-aquatic member of the family Pisauridaeone which is in the genus Dolomedes. It is one of Ireland’s largest spiders. Also known as the Hunting Spider or the Jesus Christ spider for its ability to walk on water. It occurs in sphagnum bogs. Main prey items include aquatic and terrestrial insects, invertebrates as well as tadpoles

The Hairy Hawker Dragonfly is of the family Aeshnidae which is in the genus Brachytron. Alternative names include Hairy Dragonfly and Spring Hawker. It has a scattered distribution in Europe and parts of western Asia. It is absent from Iceland and other northern latitudes. In the warmer part of its range, it is on the wing from late March to early August but has a shorter flight season elsewhere. 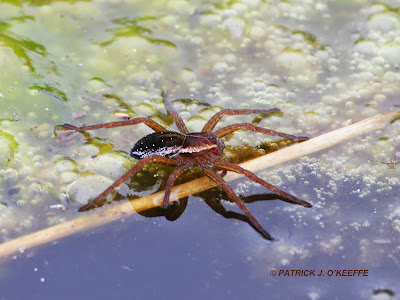