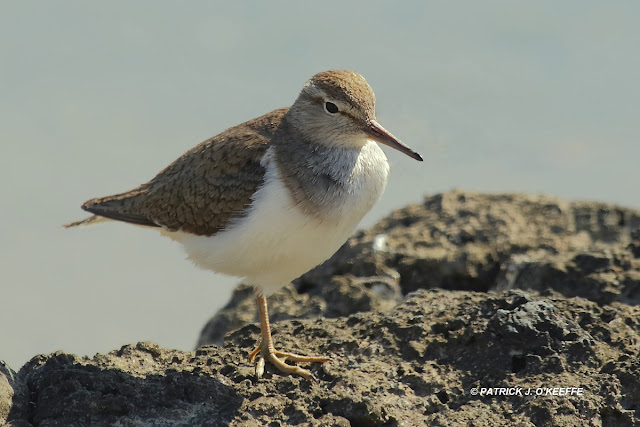 The Common Sandpiper (Actitis hypoleucos) is a small shorebird or wader in the family Scolopacidae which is in the genus Actitis. This Eurasian species is a summer resident that returns from its wintering areas in April. It breeds around fresh water lakes and has a scattered distribution that extends from the Atlantic coast of Europe to Eastern Asia. Unlike most other shorebirds or waders seen on passage, it does not occur in flocks, single individuals are normally encountered. It migrates south in late Summer to spend the winter in Africa, southern Asia and Australia. Small numbers over winter in western and southern Europe.
The Spotted Sandpiper (Actitis macularius) is an almost identical species that is a summer resident in North America which winters in South America and to a lesser extent in parts of southern USA. It is a rare but annual vagrant in Europe. Remarkably in 1975, a pair attempted to breed on the Isle of Sky in Scotland but alas the eggs failed to hatch.

World-wide, there are nine species of Stone Curlew (also known as Thick-knee or Dikkop). They are found in both tropical and temperate regions. On the Iberian Peninsula, the Eurasian Stone Curlew (Burhinus oedicnemus) is sedentary but in the rest of Europe it is mainly a summer resident which winters in North Africa. The endemic subspecies Burhinus oedicnemus insularum occurs on the Canary Islands and its cryptic coloration help it blend in very well with the semi desert type habitat on Fuerteventura. 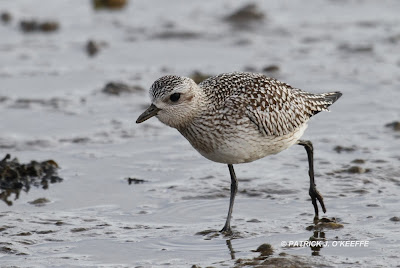