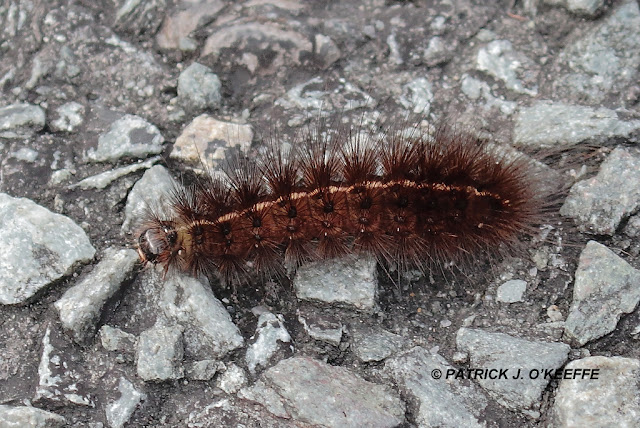 CLICK ON PHOTO TO SEE HIGHER QUALITY IMAGE
Click external link here for detailed species information
The White Ermine Moth (Spilosoma lubricipeda) is of the family Erebidae which is in the genus Spilosoma. This common species is found throughout the temperate regions of Eurasia. The adult is white with dark antennae and has black speckling on the forewing. The normal flight season is from mid May to end of July but infrequently there is a second generation later in the autumn. Larval stage is from July to late September. Then a  hairy cocoon is formed among plant debris in which the pupal stage remains and emerges the following year as an adult in early summer.
Patrick J. O'Keeffe / Raw Birds
References and highly recommended reading:
Field guide to the Moths of Great Britain and Ireland  by Paul Waring, Martin Townsend and Richard Lewington
Field guide to the Caterpillars of Great Britain and Ireland  by Barry Henwood, Phil Sterling and Richard Lewington
Posted by Raw Birds at 21:00
Email ThisBlogThis!Share to TwitterShare to FacebookShare to Pinterest
Labels: Belmullet Peninsula, Blacksod, caterpillar, caterpillars, Co. Mayo, Ireland, Irish Moths, moth, moths, Moths of Co. Mayo, Moths of Europe, Spilosoma lubricipeda, White Ermine Moth
Location: Blacksod, Belmullet Peninsula, Co. Mayo, Ireland 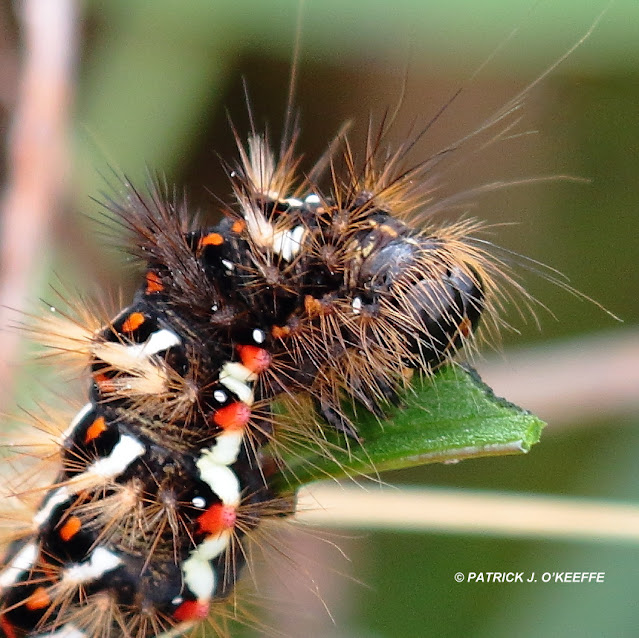 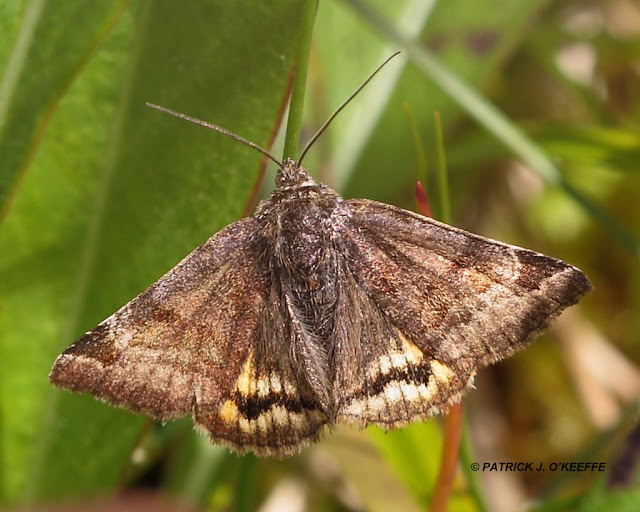 Click here for detailed species information
Click here to see distribution map for Ireland
The Burnet Companion Moth (Euclidia glyphica) is of the family Erebidae which is in the genus Euclidia. It occurs through the Palearctic region. This day flying species is on the wing from April to late July, peaking in June. Larva (caterpillar) can be seen from late June to the end of August and then overwinters as a pupa, in a cocoon.
Patrick J. O'Keeffe / Raw Birds
Posted by Raw Birds at 21:30
Email ThisBlogThis!Share to TwitterShare to FacebookShare to Pinterest
Labels: Burnet Companion Moth, Co. Kildare, Euclidia glyphica, Ireland, Irish Moths, Lullymore, Lullymore West Bog, moth, moths, Moths of Co. Kildare, Moths of Europe, Moths of Ireland
Location: Lullymore West Bog, Lullymore, Co. Kildare, Ireland (CLICK HERE TO VIEW LOCATION) 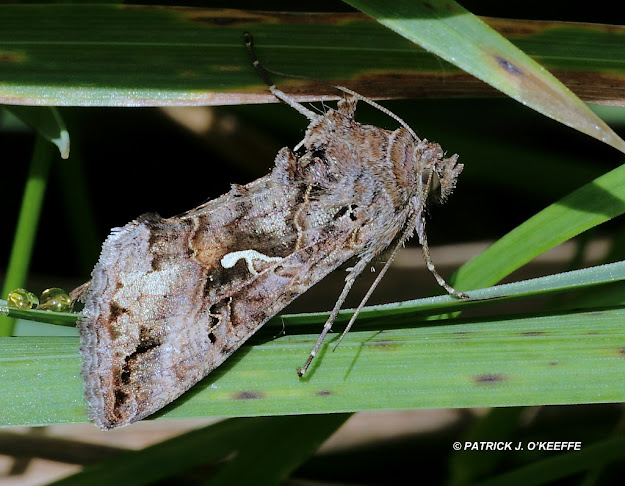 The Silver Y Moth (Autographa gamma) is of the family Noctuidae which is in the genus Autographa.

The Narrow-bordered Bee Hawk-moth (Hemaris tityus) is of the family Sphingidae which is in the genus Hemaris. It occurs through out the Palearctic region. This day flying bumblebee mimic is normally on the wing during May and June extending occasionally into July.
It is the only bee hawk-moth found in Ireland where it has a very local and scattered distribution. Elsewhere it can be confused with the very similar Broad-bordered Bee Hawk-moth (Hemaris fuciformis).

The Pale Shoulder (Acontia lucida) is a macro moth in the  family Noctuidae which is in the genus Acontia. This day flying moth is commonly found in southern Europe and western Asia as fast east as India. There are also records from northwest Africa and from further north in Europe where it has occurred as a rare autumn migrant. There are two generations which are on the wing in April/May and again in July/August. The wingspan is 26–30 mm. The food plants of the lavae include Field Bindweed (Convolvulus arvensis) and Marsh Mallow (Althaea officinalis). 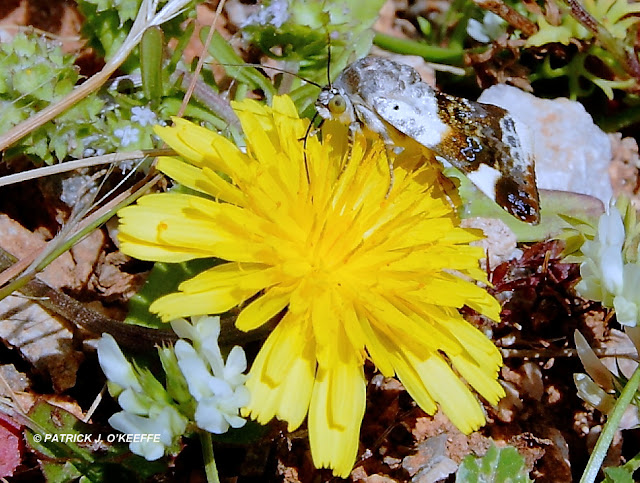